Horse Power and Watts is what makes the Blender tick!

What would anyone look for when they go shopping for a blender?

To differentiate between 2 blender which perform the same function of mix, puree and emulsify food is to look at their horsepower or watts and Revolution Per Minute or rpm. 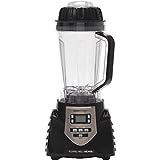 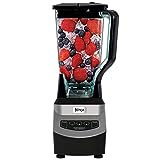 According to Meriam Webster,  the common unit of power; i.e., the rate at which work is done and one unit of power equal in the United States to 746 watts.The higher the horsepower, the more consistently the blender will be able to run after continuous use

The wattage number displayed by the manufacturer measures the power consumed by the blender motor. The power generated by the motor is what dictates performance ie the higher the watt the more power the blender have to handle heavy load of crushing and mixing.

The calculation of the watts and horsepower(HP) as based on this formulae;

For example a manufacturer claimed that a blender 3 horse power but 1560 watts and 13 Amps.

The calculation for the horsepower performance should be ;

So that means the blender will actually deliver up to 69.6% of the horsepower claimed by the manufacturer.Blender with more higher the horsepower or watts can handle tough job like crushing lots of ice, nuts and meat without much strain to its motor.

Revolution per minute or rpm is the measure of the frequency of a rotation.The higher the rpm which also mean the faster the blade rotation, the more smoother a juice puree ie the speed combined with the blade of the blender is able to tear, crush and blend fresh fruits up to the finest level.
Here's a comparison of some of the blenders in Amazon;

Posted by Unknown at 4:59 PM No comments:

Fuzzy Logic - How fuzzy is it?

Most of the appliances in our world today have the feature called fuzzy logic.

But what is actually fuzzy logic?


Fuzzy logic is a rule-based system that can rely on the practical experience of an operator, particularly useful to capture experienced operator knowledge.Fuzzy logic is a form of artificial intelligence software.

Matsushita Electric Industrial Company (known in the United States as Panasonic, Quasar, and Technics) is the world's largest manufacturer of consumer electronics. In 1990 Masushita introduced a washing machine as the first major consumer appliance to incorporate fuzzy logic. The machine would sense the size of the load and the amount of dirt, and automatically adjust the wash cycle accordingly.

Matsushita (as well as Hitachi) also makes a fuzzy vacuum cleaner that uses an infrared sensor to measure the amount of dust on the floor. The machine then automatically sets the proper level of suction by adjusting the speed of the motor.

Matsushita and Sanyo also make fuzzy rice cookers. (No, they don't cook "fuzzy rice.") These rice cookers allow the user to select between four different kinds of cooked rice: hard, medium, soft, and sushi. Each type requires a different amount of water and a different steaming method. But by utilizing fuzzy logic, the user can simply fill the cooker to a single water level and the device automatically makes the adjustments.

Sanyo, Toshiba, and Sharp all make fuzzy microwave ovens, which sense temperature and humidity, and automatically adjust the cooking power and time. Normally, microwave ovens are either totally "on" (cooking) or totally "off" (not cooking) at any instant of time while they are in operation. (If you set the oven to less than full power and listen carefully, you can actually hear when it goes on and off.) By allowing for intermediate values of "on-ness" more uniform cooking can be achieved. 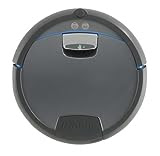 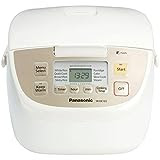 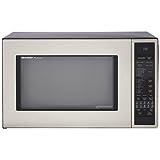 In other words, the fuzzy logic cooker does what a real cook does, using its senses and intuition when it is cooking rice, watching and intervening when necessary to turn heat up or down, and reacting to the kind of rice in the pot, the volume and the time needed.

The above is extracted from Simple Code Work and SFGate

Posted by Unknown at 8:41 PM No comments:

Whether the rice is short or long grain, brown or organic, the presence of a good rice cooker help to enhance its flavor."The ideal rice can be enjoyed first with the eyes, then with the nose and finally with the tongue as the sweetness spreads upon chewing" quote a certified rice expert in Japan. The way to enjoy the rice is no difference from sampling and tasting of gourmet food.

A good rice cooker must be able to cooked the rice until it is was shiny, standing upright and fluffy. Based on Zojirushi website, its company rice cooker promised to deliver just that;

"There is nothing like hot fluffy rice that has just been cooked, when its not too mushy or too firm, and the natural sweetness of the rice comes through with each bite. Zojirushi rice cookers make it easy to enjoy eating perfectly steamed rice all the time, without the guesswork. When it's as simple as pushing a button, the hardest part is going to be the wait, while our cooker do all the work"

Zojirushi began operations more than 90 years ago in Japan and to stay competitive, Zojirushi continues to launch constant stream of cooking product that are high in quality and attractive in design. Most of the Zuroshiji rice cooker are priced above $100 which maybe due to their technology and design. 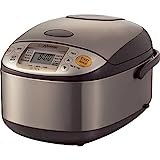 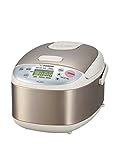 Posted by Unknown at 9:35 PM No comments:

Blender is one of those gadget in our kitchen which we took for granted. They say blender is the simpler version of food processor.According to


Most of the modern blender comes with variable speed which can be adjusted depending on how fine we want our food or other substances. There is also hand held blender which have the same function albeit its handheld controlled.

This is a great video in youtube on how a Blender works;

A Blender is so powerful that it can really tear golf ball into shreds.

Posted by Unknown at 5:33 PM No comments:

In certain part of the world, rice making or cooking of rice is a big part of everyday life. Each and every household must have a rice maker or rice cooker in their kitchen. There is no substitute for the soft and fluffy white rice which must be served on the table for breakfast, lunch and dinner.

Most of the latest model of rice cooker comes with digital timer and the more advance one, comes with fuzzy logic. This would ensure the rice can be cooked with minimum monitoring and according to the correct time duration.

Basic rice cooker comes with 2 mode, ie to cook or just to keep warm. The basic step in using a rice cooker is just to measure the quantity of rice and water needed to be cooked and just set the rice cooker to cook the rice. The cooking will be completed within 30 minutes. After the cooking is completed, the rice cooker mode is switched to keep warm to keep the cooked rice warm until the mealtime. Some fun fact about rice cooker in Japan (extracted from WSJ)

Posted by Unknown at 4:10 PM No comments:

Another inexpensive way to simmer a nice stew!

I remember during my mom time which is like 50 years ago, she would spend almost 8 hours just to simmer some stew in a clay pot over the charcoal fire, looking over the fire constantly so that the stew does not end up burnt. This was way back before the time when slow cooker made it ways to many kitchen in this part of world.

A slow cooker is basically used for cooking of food by simmering them at low temperature over many hours without any constant monitoring. The chinese use the slow cooker to make soups and simmering of chinese herbal concoction as it takes hour for the herbs to release their elements. 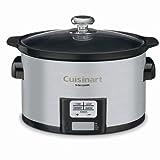 
Other advantages of slow cooker is the cooking does not need constant monitoring which mean it can be left unattended for a long period of time and it saves time and effort. The meals is tasty because the long simmering caused the food to release their intense flavor. After each cooking using slow cooker, only the ceramics pot inside the slow cooker needed to be cleaned.

However there is one drawback of slow cooker, according to Wikipedia some vitamins and other trace nutrient particularly from vegetable is lost during cooking in slow cooker.This is due to enzyme action and heat degradation.

Slow cooker are also an inexpensive gadget which can be bought at below $100 and can last many years if well taken care off. My first slow cooker was bought 30 years ago and is still working like new.

Posted by Unknown at 3:24 PM No comments:

How to get ready a meal in 15 minutes!

I was watching Jamie Oliver 15 Minutes Meals over the TV and I was wondering how does he ever manage to get everything ready in such short time.

Before we can start the actual process of cooking a meal, all vegetable have to be cut, shred and finely sliced. I can't imagine putting the whole head of broccoli into a soup or just throw a whole onion bulb into my cooking. Beside's the cutting up work, most homemaker would also wash their vegetable thoroughly when they came back from the market.

After many episodes of Jamie Oliver 15 Minutes Meal, I have discovered his secret to quick preparation of raw vegetable for cooking. Almost all of his recipe have heavy reliance to a single appliance, the food processor.

A food processor comes with interchangeable blades and disk for the purpose of slicing/chopping vegetables, grating, grinding of certain item like nut, shredding of vegetables,  pureeing and sometime mixing and kneading dough. It does comes very handy especially for full time homemaker as the repetitive task of cutting, slicing, grating and shredding of vegetables using a food processor make cooking breathtakingly easy. 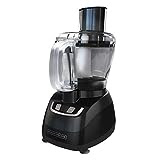 The food processor standard blade is the Sabatier blade or S shape made from metal and other shredding and slicing disc.The thickness of the slicing disc can be customized to many types of measurement such as 2 mm, 3 mm and 6 mm. There is also a special holder for the blade and the disc.

To operate the food processor, just pushed the food down the feed tube and it contact the disc at which point it is grated and sliced into the bowl. Even the feed tube width can be customized.

How to choose a correct food processor for our use? The food processor comes in the measurement of 4 cups+, 7 cups, 9 cups, 12 cups, 14 cups and 20 cups sizes. Most household would need the basic food processor at the size of 4 cups+ or 3 cups for their need.

On average a food processor cost less than $100 and its not an expensive gadget. All modern food processor is designed with features for the convenience of cleaning and washing after each use of the food processor.